If you have been inspired by COP26 and feel you have a project that can help the Lake District or Cumbria meet the COP26 targets, come and apply for one of our small grants. Grant applications will open 9am 31st Oct 2021 until 5pm Fri, 12th Nov. We have already had two rounds of zero carbon grants and if you are looking for larger grants subscribe via our website to find out when the 3rd round opens.

Sarah Swindley, CEO, Lake District Foundation, said: “We are proud to work with communities and organisations  who want to care for the spectacular landscapes, wildlife and cultural heritage of the Lake District. We want to work with inspired groups to really make a difference during COP26”.

The Lake District Foundation has over 20 years’ experience working with local partners  and are always looking for new ways to work together to help a achieve our goals. Much of the money we give away in grants is raised by local businesses. Please get in touch if you want to help us do more of this.     . There are several different fundraising mechanisms designed to work with your business, including opt-in donations, events, and sponsored products to name a few. If you would like to find out more, please visit the charity’s website, lakedistrictfoundation.org/fundraising-in-your-business or contact Steve Tonkin via email, [email protected]. 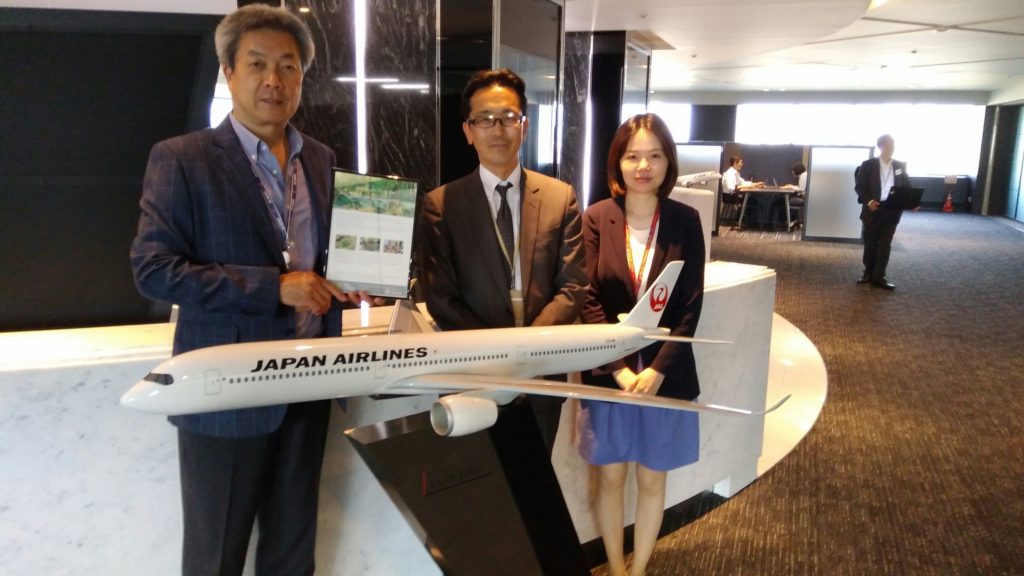 Japanese Tour Operators have collectively raised £15,540 for the Lake District Foundation in a year.

Last year, we were delighted that the following tour operators were involved:

Here are some pictures of our participating businesses celebrating another successful year!

Cedar Manor is helping us to reach out to international visitors with fundraising material developed in Chinese, Korean and Japanese as well as English for guests staying at the hotel.

With international visitor numbers rising steadily, we are dependent on hotels and other service providers in the honeypot areas of Windermere, Grasmere, Bowness and Hawkshead in particular for ways to help visitors continue to enjoy the treasures of this unique destination without diminishing its value for both future visitors and the people who live here. In time, we hope more hotels welcoming international guests will come forward to take advantage of the kind of promotional material we have developed for Cedar Manor.  With the funds we receive most recently allocated to projects to protect wildlife, clean up rivers, and champion communities, local businesses are the Lake District’s finest ambassadors, helping domestic and international visitors alike to “give back” to the Lake District, so that the Lake District can keep giving back to them. 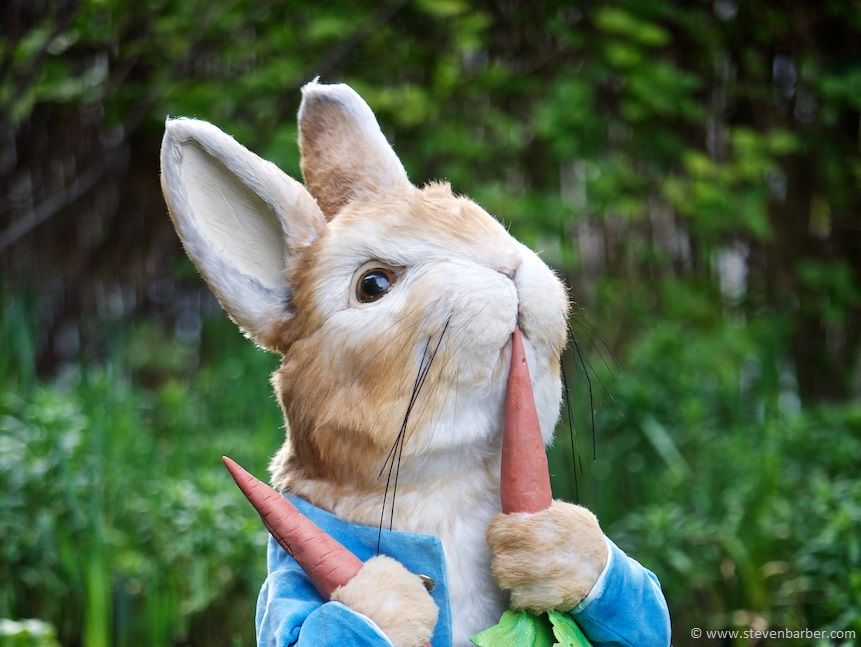 Were she alive today, Beatrix Potter – an influential founder and avid supporter of the English conservation movement in her lifetime, as well as the artist who brought us Peter Rabbit – would surely be thrilled to see Peter Rabbit inspiring international as well as domestic visitors to care for the beautiful landscapes, rich wildlife and cultural heritage that inspired his creator.

Released in Japan in May this year, Peter Rabbit (Sony Entertainment 2018) made 1-1.1 billion yen in ticket sales and ranked second place in the first weekend box office rankings – the film’s popularity testimony to Peter’s enduring fascination for the Japanese public. As audiences in Japan recover from Peter’s latest charm offensive, the Lake District Foundation and more than 10 Japanese tour operators are celebrating eight years of success for the Japan Visitor Giving Scheme. Set up in 2010, the Scheme supports conservation projects in the Lake District by raising funds through the support of tour operators bringing Japanese tourists to the region.

The fundraising mechanism is simple: visitors who book a tour to the Lake District with tour operators participating in the Scheme are invited to make a £5 (approx. 700 yen at current rates) donation to the Lake District Foundation. Donors receive an original Peter Rabbit pin-badge as a thank you for the donation, and the rest of the funds are distributed to chosen projects in the Lake District. These have included restorative work at Wray Castle – one of many childhood summer homes for the Potter family when Beatrix was a young girl – and an important off-road path which helps visitors of every nationality, Japanese included, to travel on foot and by bicycle, safely and sustainably, to Hill Top Farm – a 17th century stone farmhouse bought by Beatrix Potter in 1905, and the place where she wrote many of the “little picture books” for which she is known.

The scheme has raised £116,125 (approx. 16,778,000 yen at current rates) to date, thanks to the generosity of Japanese donors and the support of the participating tour companies, which include Miki Tourist, JTB World Vacations Inc., Hanshin Friend Tour and the Global Youth Bureau. Lake District Foundation Director Sarah Swindley says: “We know that the Japanese public love the Lake District and we are delighted and grateful that they are helping us to care for the landscapes, wildlife and cultural heritage that inspired Beatrix Potter, for all to enjoy.” This love stems in part from Peter’s popularity with generations of Japanese schoolchildren, as well as the fact that Beatrix Potter’s stories are easy to read, rooted in nature, kawaii (cute), and quintessentially English.

Japanese and Chinese visitors comprise a large part of the some 2.6 million overseas visitors flocking to the Lake District each year (Cumbria Tourism, estimated figures for 2016) – female Japanese visitors in particular visiting the area to soak up the Peter Rabbit ambience as well as see other attractions like Dove Cottage in Grasmere, once the home of William Wordsworth. Were she alive today, Potter – an influential founder and avid supporter of the English conservation movement in her lifetime, as well as a shrewd creator and marketer of Peter Rabbit goods – would surely be delighted to see Hill Top Farm a top visitor attraction and Peter Rabbit fostering a love not only for cuddly toys, stationery, plates, keyrings and other souvenirs featuring his image, but an enduring love for and support of the green fields, fells and valleys in which Peter and his siblings would have played.

As the film shows, Peter Rabbit had many friends who were imagined and created by Ms Potter: Mrs Tiggy-winkle, a hedgehog, and a pig called Pigling Bland among them. Absent from the cast is a particular young red squirrel called Squirrel Nutkin – beloved by generations of British schoolchildren for his antics on Derwentwater, where he paddled out by raft to St. Herbert’s Island (Owl Island in the tale) with other squirrels, spreading out their red bushy tails as sails. Red squirrels are a small native woodland mammal, found mainly in wooded areas in the north of England, western Wales and parts of Scotland, threatened with extinction for decades owing to competition from the invasive non-native American grey squirrel introduced to the Britain in the 1870s. Greys out-compete red squirrels for food in deciduous and mixed woodlands and transmit a virus that is lethal to red squirrels. Today, there are estimated to be only 140,000 red squirrels left in Britain, with over 2.5 million greys. Little surprise, then, if few British children will have ever seen a red squirrel outside of picture-books, television or wildlife centres.

There is hope for the red squirrel, however, thanks to the efforts of local and regional conservation groups working hard to control grey squirrels and support reds in their natural habitat. Red squirrel numbers are rebounding in the Lake District and Cumbria, and these shy creatures can now be found in woods on the banks of Derwentwater again, presumably contemplating their next big adventure to Owl Island. The Lake District Foundation recently made a grant of £6,067 to local red squirrel conservation groups, which will be used to support conservation rangers, red squirrel feeding stations and monitoring surveys that help to inform future conservation work.

To help us care for the breath-taking landscapes that are home to Peter and his friends with a donation please visit www.justgiving.com/lakedistrictfoundation or contact Tracey Gannon, our International Partnerships Coordinator by email at [email protected] or phone +44-1539-822622. 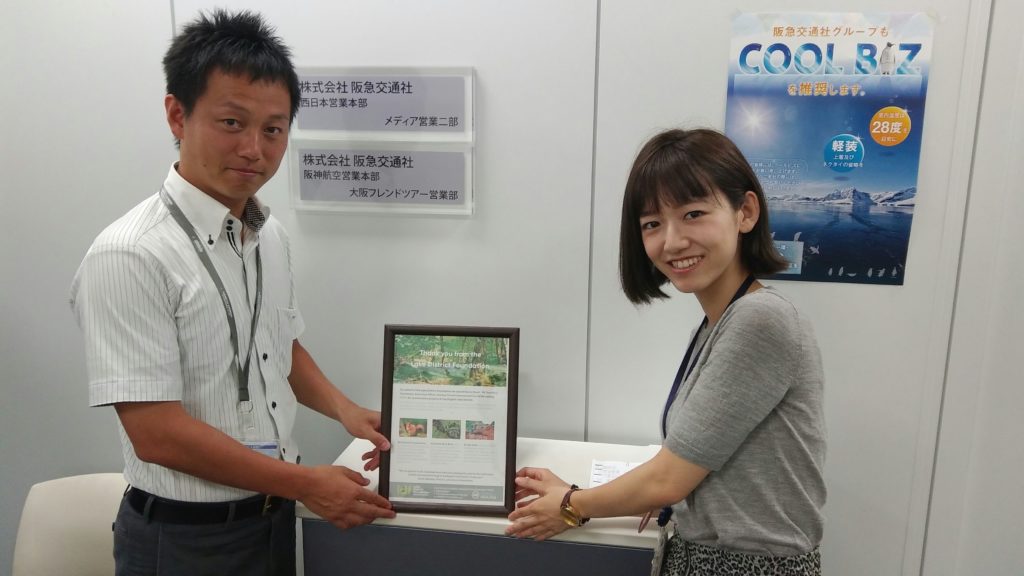 Japanese Tour Operators have collectively raised £18,975 for the Lake District Foundation in a year.

Last year, we were delighted that the following tour operators were involved:

Here are some pictures of our participating businesses celebrating another successful year! 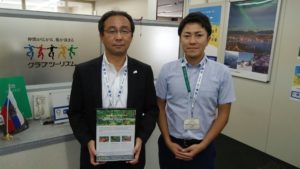 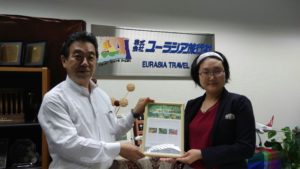 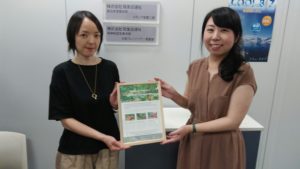 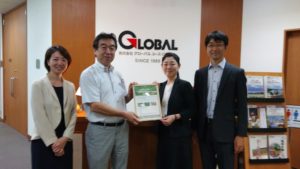 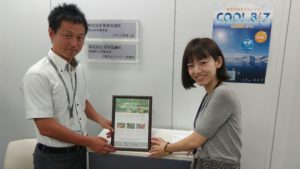 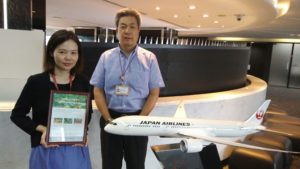 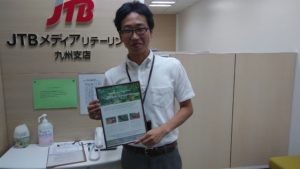 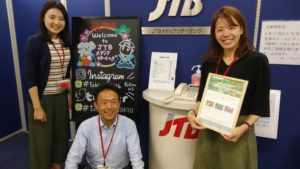 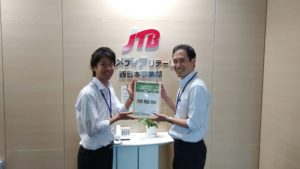 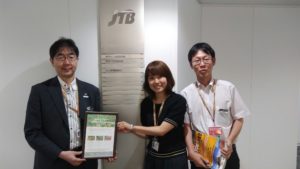 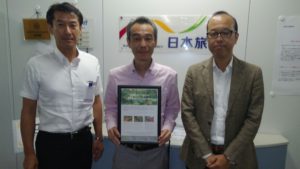 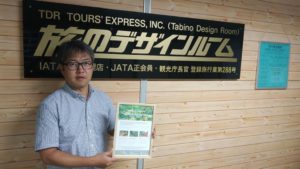 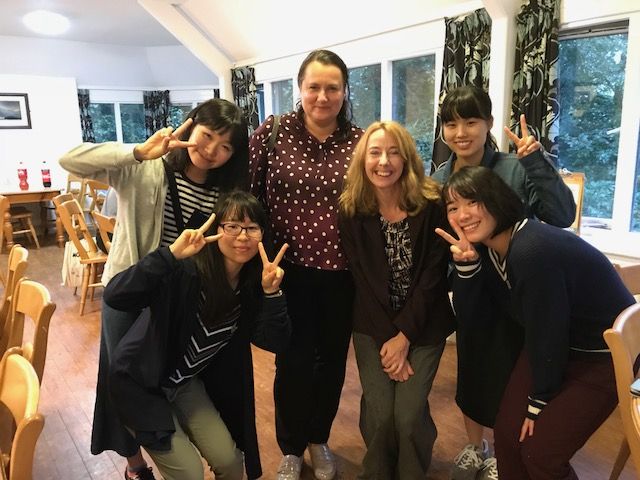 Students from Shiga Prefectural Moriyama High School were back in the Lake District again this summer for a one week study programme as part of their Japanese Ministry of Education funded school project “To Realise a Sustainable Society”. We were delighted to be invited to their final presentation workshop and farewell party at the YHA Grasmere, where the students presented Ms Sarah Swindley, CEO of the Lake District Foundation with a generous donation of £100.

At the barbeque party which followed the presentations, students quizzed our CEO eagerly on topics ranging from the differences in environmental awareness in Japan and the UK, attitudes to volunteerism in the two nations, and why the Lake District could take a leaf out of Japan’s book, by installing road mirrors on corners to help cars and buses more safely navigate the Lake District’s many narrow and winding roads.  Sarah Swindley pronounced herself “utterly charmed” by the Moriyama high school students, and we hope to see them again next year, as well, perhaps, as students from other Japanese high schools, in years to come. With better weather, hopefully, given the torrential rain that fell during the farewell barbeque!