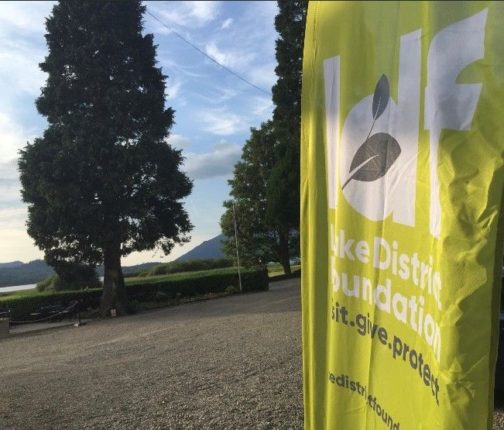 The Lake District Foundation are celebrating after hosting their first ever charity auction on Friday evening to raise funds for the Keswick to Threlkeld Railway Path reinstatement.

The evening was held at the Lodore Falls Hotel and raised over £4,000 from the 19 lots available on the night and still counting. There were over 90 guests who attended the evening from all over the UK, including special guests Alan Hinkes OBE, Ricky Lightfoot and Sean Conway.

Sarah Swindley, Director of the Lake District Foundation was thrilled with the fundraising event; she said

“We are absolutely delighted with how the evening went and how much support the Lake District Foundation has had, to make our first ever charity auction happen. We’d like to say a huge thank-you to everyone involved from the businesses and individuals who donated prizes through to those who attended and bid for items on the night.  We are pleased the evening has helped generate funds for the Keswick to Threlkeld path and raise further awareness of the ongoing campaign.”

PFK Auctions, one of the oldest auction houses in the region, ran the bidding on the night. The most popular lots included a mountaineering day with Alan Hinkes, an adventure day with Sean Conway and a running experience with Ricky Lightfoot. The 3 bespoke bracelets made by Brian Fulton from Fulton Jewellers in Keswick,  Alan Stones framed original lithograph and a collectors set of Lake District Pound notes also raised a significant amount on the evening.

For those who were unable to make the evening, there is still an opportunity to bid for special items online at www.32auctions.com/keswicktothrelkeld until 30th June. The lots include a bespoke 70’s Herdy, a Fell Top Assessor for the Day experience, a VIP behind the scenes tour at Bremont HQ with luxury accommodation in Henley and even the chance to sponsor oaks trees with a plaque along the route of the Keswick to Threlkeld Railway Path.