Fix the Fells (FTF) is a long-term partnership programme which aims to protect our spectacular Lakeland fells from erosion by maintaining and repairing the paths. Most of the work is funded by donations, legacies and grants. Last year Nurture Lakeland business fundraisers raised over £19,000 for Fix the Fells through the Visit Give Protect Scheme. The generous donations from visitors will help to protect the Lake District landscape for everyone to enjoy.

The National Trust specialist Upland Ranger Teams carry out much of the repair work, usually focussing on a handful of major projects each year. They are assisted by volunteers, referred to as ‘lengthsmen’, a term used in medieval times for someone paid to walk the length of the parish and repair any road and unblock ditches.

Fix the Fells rangers and volunteers work year-round to protect our spectacular Lakeland fells from erosion by maintaining and repairing the paths. Over the last year they have been working on both new projects and repairs and general maintenance on the whole path network across the Lake District National Park.

Projects in 2016/17 included work on the Brown Tongue path on Scafell Pike, Glencoyne/Seldom Seen, Dollywaggon, Thesthwaite Cove and Rigghead, to name but a few.

Volunteers had an exceptional year of activity, completing 593 drain runs, gifting 2,030 upland days in total and helping to maintain and repair more than 250 upland paths – the most successful year since the volunteer programme was launched in 2007!

In 2017/18 the Fix the Fells teams will be undertaking a major work programme to repair the devastating damage caused to upland paths by Storm Desmond in December 2015. Funded by the Rural Payments Agency, almost 2,500 man days will be required to mend the designated paths, including popular routes on Cat Bells, Helvellyn and Haystacks, while machine work will take place on 7,000-metres of path and hundreds of tonnes of stone will be lifted by helicopter onto the fells.

Thank you for helping to protect this wonderful landscape. 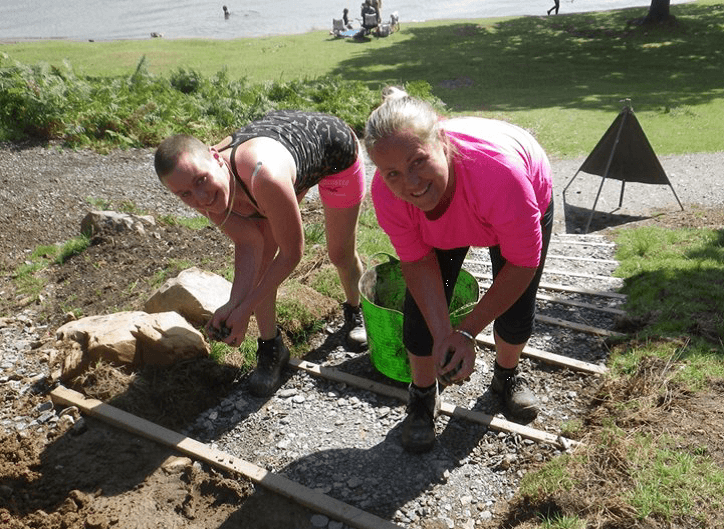 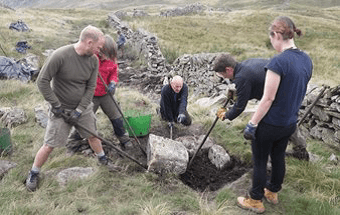 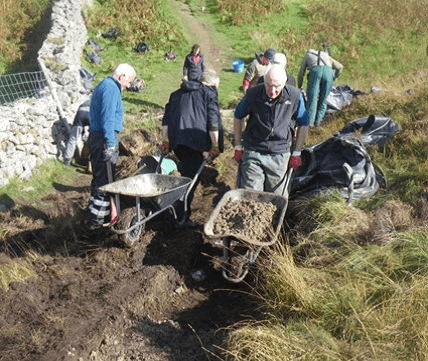