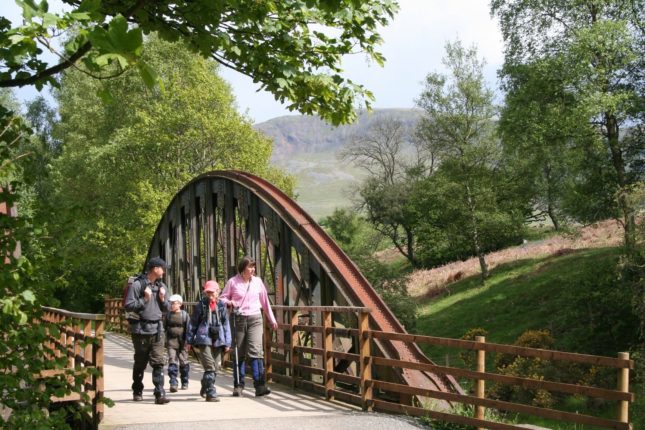 The 6-month fundraising campaign to raise funds for the reconnection of the Keswick to Threlkeld Railway Path is now complete and we are pleased to announce that a total of over £102,000 has been raised. Local businesses, organisations, and residents turned out to celebrate the fundraising success over a scone and a cup of tea on Thursday 5th July, at the Moot Hall, Keswick.

Sarah Swindley, director at the Lake District Foundation, thanked the community for their support: “It is testament to the amazing community spirit in Keswick that this much has been raised in such a short space of time. The energy and enthusiasm of residents and visitors who miss this path so much has been nothing short of inspirational. The Lake District Foundation is proud to have played our small part in this. We have made many friends and we look forward to working with you in the future as we find new ways to raise funds for the whole area.”

Chris Harper, Owner of Podgy Paws Pet Shop says; “When Jess from Cake & Salad and I put the call out locally we couldn’t believe how many businesses came forward to offer prizes. It was superb! And when we started selling tickets, again, we were blown away by the responses, as all the tickets were sold in a week. We were thrilled with how much was raised and quite simply, it was good old fashioned fun for a cause close to all our hearts”. 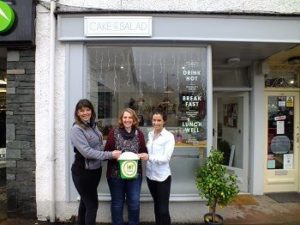 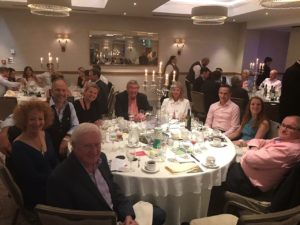 Mark Eccles, Head of Park Management at the Lake District National Park, also attended the celebration event and thanked everyone and announced the next steps.

Mark says: “I’d like to say a huge thank you to everyone who has contributed towards the terrific fundraising effort and for the Lake District Foundation for coordinating the campaign. Whether you’ve run 5k, stood on a street corner with a donation box or bought a duck in the river race, you should be proud to have played your part in helping reconnect the Keswick to Threlkeld Railway Path.”

“But it doesn’t stop here. We’re waiting to hear the results of a number of major funding bids, and are highly optimistic that we will secure the amount needed to be able to begin construction, subject to planning permission, later this year. If all goes to plan, we will be looking at a two year build phase, meaning this important route could be fully reconnected by 2020.”

The following next steps to reconnecting the Keswick to Threlkeld Railway Path were outlined at the celebration event as follows: