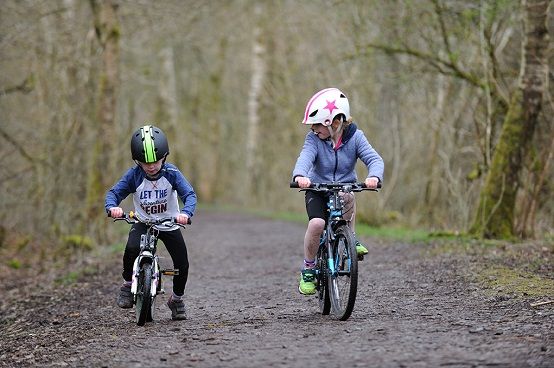 The Lake District Foundation is holding a special K2T Challenge 5-7 May in Keswick to raise funds to reconnect the Keswick to Threlkeld railway path.

Over the early May bank holiday weekend the Lake District Foundation team will be encouraging visitors, locals, businesses and sporting clubs to complete a 5km challenge and donate £5, all part of the fundraising campaign being delivered by the charity.

The K2T Challenge was launched in March inviting everyone, no matter where you are in the world, to complete 5km, donate £5 (text ‘KTOT18 £5’ to 70070), document the attempt either by a photo or quick video, nominate five friends to take on the challenge and share via social media using #K2TChallenge. Since its launch, hundreds have taken part in various disciplines including a couple ski-touring in the Alps who then made a donation.

The dedicated challenge weekend is designed to raise awareness of the campaign, get more people involved and try a fun 5km route from Keswick. The Lake District Foundation are recommending five different routes, starting with the old railway path from Keswick Leisure Centre up to the where the first bridge was washed away, Keswick to Latrigg, Hawes End to Catbells, a route around Whinlatter Forest and if you are up for an adventure either swim, kayak, paddle board or even sail the length of Derwent Water. Full details can be found at lakedistrictfoundation.org

Heather Askew, Fundraiser for the Lake District Foundation notes the challenge is open to everyone. Heather said “The challenge is about completing 5km anyway you like, walk, jog, cycle – it doesn’t matter how long it takes, it’s simply completing the 5km distance. We hope the routes we’ve put together for this special weekend will encourage more people to give it a go, donate and spread the word”.

The charity team will be supported by volunteers from Lions and Rotary to carry out the street collections on the weekend and take your donations for your 5km challenge. In addition, look out for the Lake District Foundation stand in Keswick Town Centre as they’ll be offering an exciting virtual reality experience of flying through the Lake District which is not to be missed and selling special branded t-shirts and bags donated by Lakeland Embroidery.