The 6-month fundraising campaign to raise funds for the reconnection of the Keswick to Threlkeld Railway Path is now complete and we are pleased to announce that a total of over £130,000 has been raised.

Following the floods in December 2015, the Keswick to Threlkeld Railway path suffered serious damage. Two of the old railway bridges that crossed the River Greta and around 200 metres of the path surface were washed away, and Rawsome Bridge was left at risk of collapse.

Local businesses boosted the fundraising campaign considerably including a generous donation from HF Holidays. One of their country houses, Derwent Bank, is situated close to the path where several walking routes from the house were are affected by the damage caused by Storm Desmond. HF Holidays donated £20,000 to the campaign.

Keep up to date on the latest developments, news and stories about the build, please visit the Lake District National Park news section here. 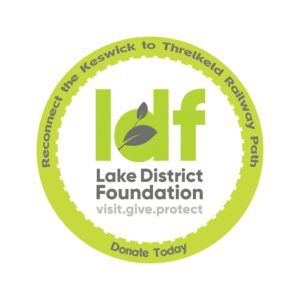