A host of outdoor legends are throwing their weight behind a major charity event this June aimed at restoring a well-known Lake District trail decimated by Storm Desmond.

Climber Alan Hinkes, runner Ricky Lightfoot and adventurer Sean Conway are all offering ‘money can’t buy’ experiences as part of a charity auction being arranged by the Lake District Foundation next month, to raise vital funds for the Keswick to Threlkeld Railway Path.

The event on 8 June 2018 at the Lodore Falls Hotel in the Borrowdale Valley aims to help raise the £3m needed to reconnect the route for cyclists and walkers, after two old railway bridges and around 200 metres of path surface were washed away by the ravages of the weather in 2015. 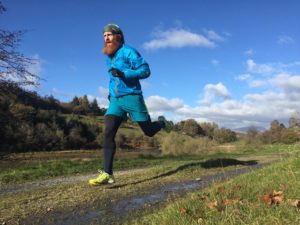 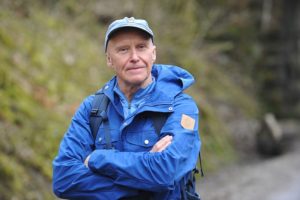 Three unique outdoor experiences are among the prizes available for the highest bidders on the night:

Sean Conway is also an official Ambassador for the Lake District Foundation. He says, “I love the Lake District and I really want to help people make the most of this awe-inspiring landscape. Restoring the Keswick to Threlkeld Railway Path to an accessible trail for walkers and cyclists is a vitally important cause, because we are bringing it back to life for future generations.”

Other prizes up for auction range from bespoke jewellery designed and made in the Lake District to two fantastic VIP garden tours, at the Royal Botanic Gardens of Edinburgh and the European Garden Heritage Network at Schloss Dyck in Germany.

Tickets for the event on 8 June available online: they are £50 per person or you can take a table of 12.

Since Storm Desmond in 2015, around half of the Keswick to Threlkeld Railway Path Multi User Trail (MUT) has been out of action, impacting on thousands of local people and visitors who enjoy the route every year. The Lake District National Park (LDNP) prioritised reconnecting this route, however it is a complex, major project that required significant work. Through 2016-17 LDNP secured as much alternative access for users as possible and carried out detailed design and consent work, funded by Highways England.

In December 2017, LDNP announced a major funding boost and significant step forward, thanks to a £2.5 million grant from Highways England and a partnership with the Lake District Foundation (formerly Nurture Lakeland) to jointly fundraise the balance of around £3m. To help us reconnect this route, donate today by visiting lakedistrictfoundation.org/keswick-to-threlkeld, or text ‘KTOT18 £5’, or ‘KTOT18 £10’, to 70070.

For more information about the auction or to donate an experience, contact Caroline Hoppé, at the Lake District Foundation on [email protected] / 01539 822622.