Thank you for your support for Red Squirrels Northern England.

The red squirrel (Sciurus vulgaris) is the only species of squirrel native to England. As a native species, the red squirrel is an integral part of our countryside and our natural heritage. Red Squirrels Northern England (RSNE) is a red squirrel conservation partnership working right across northern England. The project is principally based in Cumbria, Northumberland, Merseyside, Lancashire, northwest Durham and the Yorkshire Dales, in and close to areas where red squirrels are still living free in the landscape. 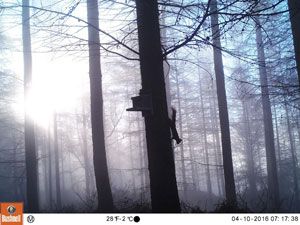 In August 2016, RSNE published the result of its fifth annual red and grey squirrel survey.  The annual monitoring survey helps RSNE to understand the natural fluctuations in both red and grey squirrel populations and it is really important that the study continues into the future to help assess the impact of conservation measures for red squirrels.  Surveys are carried out using trail cameras, by walking through woodlands and recording squirrels seen, or by observing squirrel visits to garden feeders.  Your donations are a vital contribution to funding this work.

This year, red squirrels were once again present in more of the 293 sites visited than greys, with reds reported in 44% of sites (the same as last year) and a decline in the presence of greys from 47% of sites last year to only 37% this year.  This follows two successive years of grey squirrel range expansion and provides welcome news for the thousands of people involved in red squirrel conservation across the north of England.  Factors likely to have influenced the result include the wet weather of autumn 2015 and a lack of the natural foods favoured by grey squirrels such as beech nuts and acorns.  Credit must also be given to the huge conversation effort by RSNE staff, private estates and hundreds of community volunteers across the north of England, working together to protect red squirrels.  So, overall, this year was a great result, giving encouragement to all those involved in red squirrel conservation across northern England.

Community engagement and support for the work of RSNE remains extremely strong, with over 400 volunteers across the county contributing their conservation data.  Over 60 supporters attended a briefing event held in Cumbria in November 2016.  In March 2017, five Cumbrian community members joined 100 others in Belfast at the first Knowledge Fair organised through a new national project, ‘Red Squirrels United’.  The event gathered together international experts, community volunteers, conservation practitioners and academics to discuss the latest knowledge and expertise on red squirrel conservation, enabling them to share learning though talks, workshops and a field outing to a red squirrel conservations site managed by Ulster Wildlife. 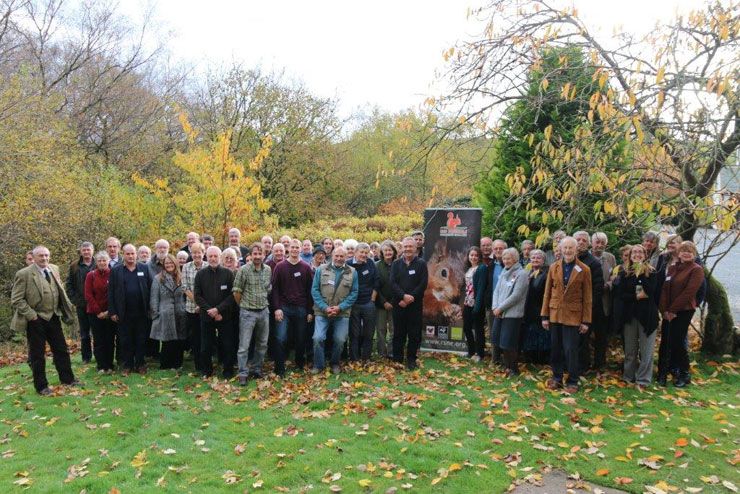 Maintenance of habitat space for red squirrels will continue to be a focus for RSNE, with two full-time rangers and seasonal contractors protecting red squirrels in Cumbria. Work on the 2017 squirrel survey is well underway, with monitoring continuing until the end of May. Anyone sighting squirrels in Cumbria during the spring season is encouraged to report them on line at http://rsne.org.uk/sightings

RSNE will also be organising another community briefing event in November 2017. Details will be posted in due course on their web-site.

None of this would be possible without your fundraising efforts, helping to protect this wonderful species.

Thank you again for your amazing support!