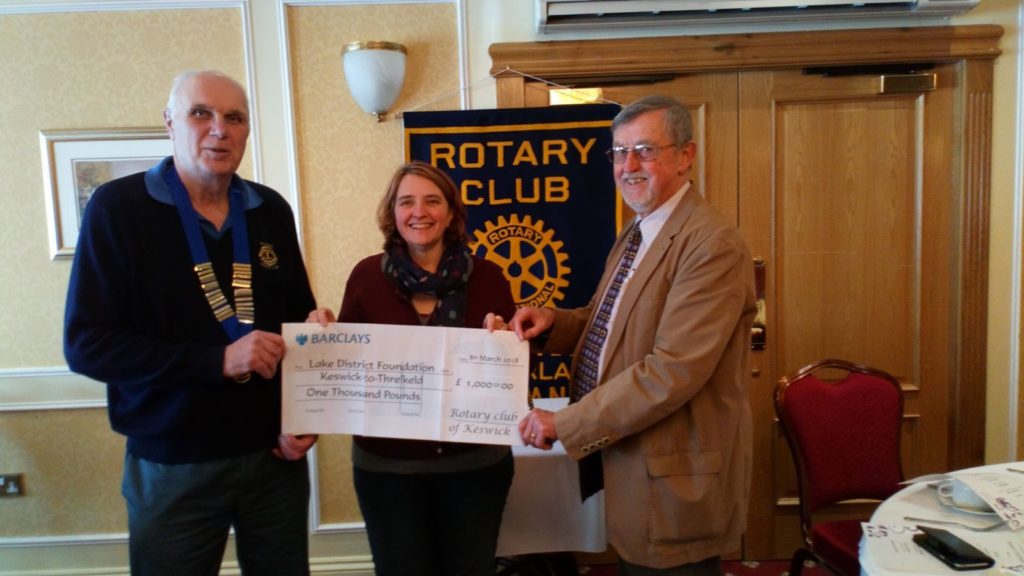 Local support is building for the Keswick to Threlkeld Railway Path Fundraising with two large donations announced this week.

At their February Meeting Threlkeld Parish Council agreed to donate £1,000 to the fundraising campaign to help reconnect this popular route between Keswick and Threlkeld.

The donations will go towards reconnecting the Keswick to Threlkeld railway path, some parts of which were severely damaged during the floods in 2015. Two of the old railway bridges that crossed the River Greta were washed away and one bridge left at risk of collapse and around 200 metres of the path surface disappeared into the floodwaters.

Heather Askew, Fundraiser for the Lake District Foundation said “These donations from local organisations show the strong level of support for this much-loved route. We hope that these two donations will be the first of many from local sources. We have started working with a wide range of businesses and community groups on different ways to raise this money, including some exciting events coming up.”

If you would like to get involved with the fundraising for the Keswick to Threlkeld Railway Path you can contact Heather at [email protected].