Thank you for your amazing support for the Warton Crag project.

Warton Crag is a hugely important site both locally and nationally in supporting populations of several rare butterfly species. The mosaic of habitats favoured by these species is under constant threat of encroachment by scrub and dense bracken stands, and requires continual management work to safeguard the success of these species. 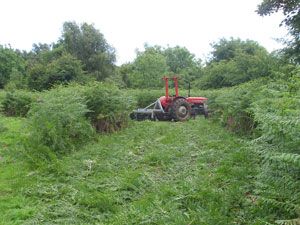 During summer 2016, site management work was restricted to bracken bruising to manage dense stands of bracken and to clear rides to open up areas for the key butterfly species.

Weekly butterfly transects were undertaken by Warton Crag’s two volunteer butterfly recorders, with additional counts carried out by staff and volunteers.  Sadly, 2016 was another poor summer for many butterfly species.  Of the key species, High Brown numbers were very low, with Pearl-bordered and Small Pearl-bordered similar to 2014.  In the latter case, longer term results shown a slight upward trend over the last five years.

Research projects undertaken by Lancaster University have raised particular concerns about the isolation of small populations across the wider site, and a joint strategy meeting was held with the RSPB, Butterfly Conservation, local AONB and Lancaster University.  Work to finalise details of a new project to create a network of new rides and increase connectivity across both Warton Crag Reserve and the Crag as a whole commenced in the summer of 2016.  With part of the funding in place by the start of 2017, work began in February on the first of the new rides.  Staff undertook most of the felling work with volunteers making a very valuable contribution in clearing and burning the large amounts of brash. 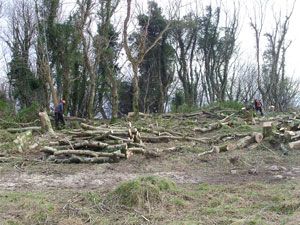 A new two-year Woodland Fritillary project will build on previous work as well as take on board findings from recent research.

Butterfly monitoring will start again in the spring of 2017 and during early summer it is hoped to start extracting timber from some of this winter’s work.  A public event and walk is planned for the summer months.

Looking to the future, thoughts are turning towards ways of increasing the sustainability of the site management work, and to explore opportunities for maximising the potential of woodland products derived from on-going site maintenance and management.

Your donations through Visitor Giving are vital to the viability of our new and planned projects, as well as for the on-going management of the Warton Crag Nature Reserve.

Thank you again for your fantastic support!