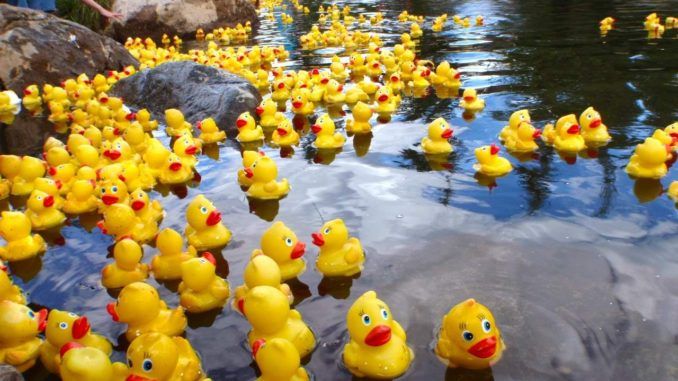 The last event for the Keswick to Threlkeld Railway Path fundraising campaign will be on Thursday 21st June in Fitz Park, Keswick.

There are over 500 ducks to be launched between 6pm-8pm on the longest day of the year with the support from local Keswick Scout groups, Keswick Anglers, Lions and Rotary.

Ducks are £5 and can be bought online here until midday on Thursday 21st June, at Love the Lakes, St John’s Street Keswick, or on the night.