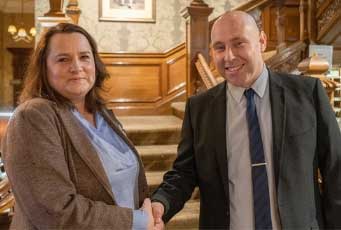 This newly formed partnership with LDF is a perfect way to celebrate the surrounding natural environment. LDHA, with its 40 members of independent hoteliers and tourist attractions, provide economic growth and employment to the tourism and hospitality industry by inviting national and international visitors to celebrate the beauty of the North West.

Joe Cobb, Chairman of LDHA said: “We are delighted to work closely with such a fantastic charity. The Lake District and Cumbria is such a magical place for everyone to enjoy, we feel it’s incredibly important to maintain this beauty and invest back into the land and the lakes for many years to come.”

LDF CEO Sarah Swindley commented: “We are absolutely thrilled to be announced as the official charity partner for the Lake District Hotels Association. By working together with the Association it will unlock a coordinated approach to fundraising and provide a greater platform to inspire people to care for and donate to projects that look after the spectacular wildlife, landscapes and cultural heritage of the Lake District and Cumbria”

As the official charity partner, the LDHA will recognise and promote the Lake District Foundation as their main charity, as well as supporting a variety of local initiatives and alongside their own individual charity work. 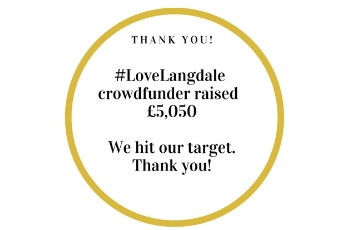 A massive thank you to everyone who helped us to reach our target of £5,000 for our Love Langdale Crowdfunder campaign, we are extremely grateful for your support.

The task of keeping the Lake District’s paths in good shape falls to footpath repair partnership Fix the Fells, who rely entirely on grants and donations to do their work. Your donation will be used to repair and maintain the upland path from Stake Pass to Pike O’Stickle, via Martcrag Moor in the Langdales.

We intend to carry out the repairs and maintenance in the 2019 fell season with assistance from specialist rangers from the Fix the Fells team. With your donation we are able to:

This work will help to prevent the spread of ugly erosion scars in the beautiful fells, as well as provide key conservation and environmental benefits including preserving upland habitats for plant species and preventing sediment run-off into streams and tarns.

Thank you again for everyone’s donation, it really will make a difference! 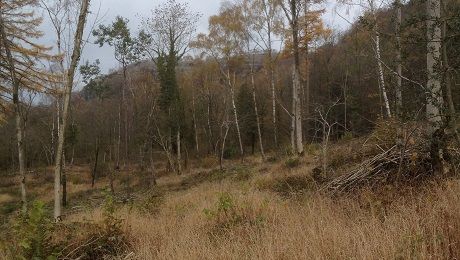 The Lake District Foundation has awarded a grant of £4,500 to the Cumbria Local Nature Partnership, enabling them to lead the development of a clear, strategic approach for managing the biodiversity of the Lake District National Park.

Local Nature Partnerships have been established to drive positive change in the local natural environment.  This funding will enable them to consider the broad picture across Cumbria, pooling knowledge and indentifying any gaps and challenges.  We will then be able to ensure that future funding is invested in the best possible places and projects, with the right people involved to deliver measurable benefits for wildlife, people and the economy.

We look forward to the development of this strategy, which will help us all ensure that we care for and protect the landscapes, wildlife and cultural heritage of the English Lake District in the best possible way. 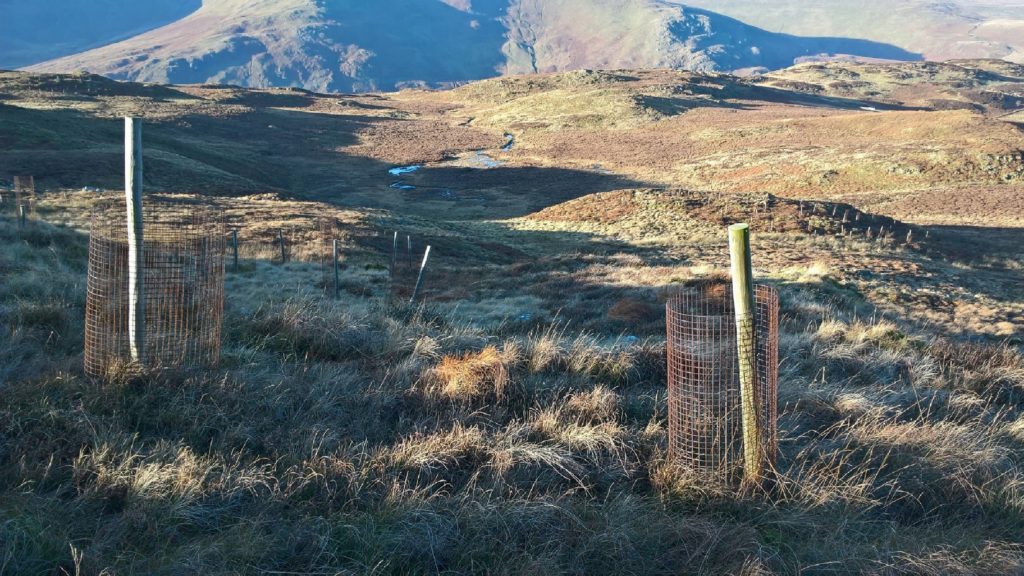 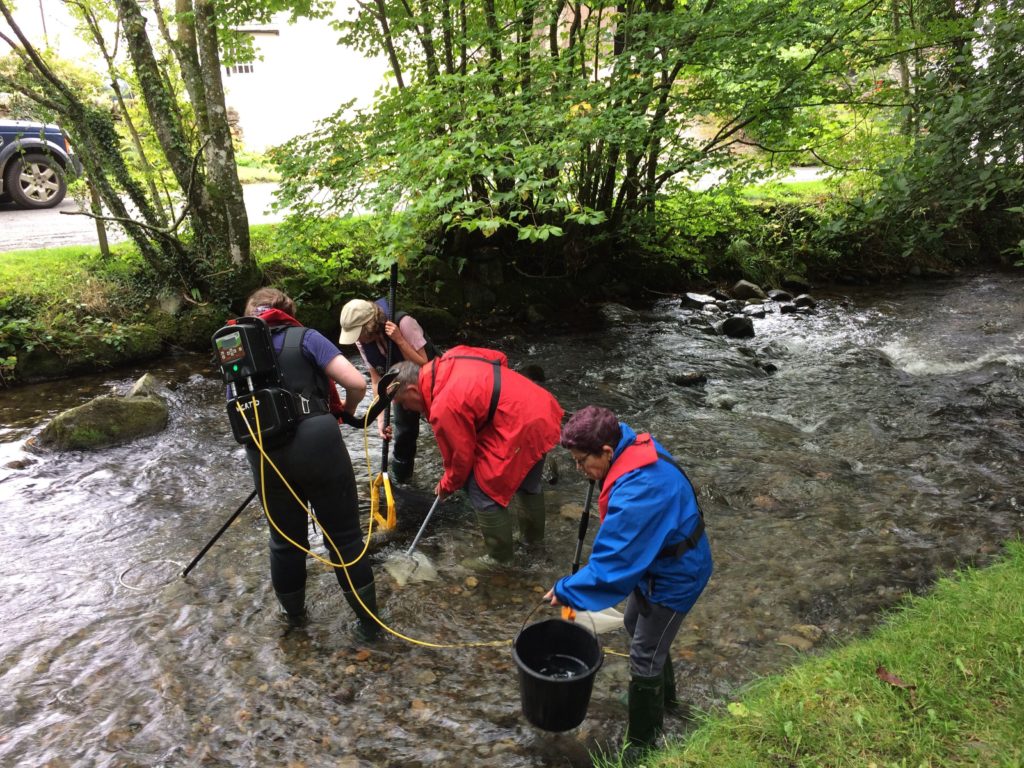 The Lake District Foundation has approved a grant of over £2,000 towards a project led by the West Cumbria Rivers Trust, working in partnership with Bassenthwaite Rotary Club, to enhance the habitat of Dash Beck and surrounding land.  The project was first conceived by local people, and they will be fundamental to the successful delivery of the works necessary to improve the habitat of Dash Beck for a range of wildlife, particularly salmon and trout.  The project will also improve the safety and accessibility of the footpath from Bassenthwaite village to the lake, benefiting the local community and visitors alike.

The River Derwent, Bassenthwaite Lake’s principal river, is internationally important for its salmon and trout populations but these are currently in decline.  Preliminary work shows that Dash Beck could be an excellent spawning habitat for salmon, trout and other salmonids, but is currently not reaching its potential.  The project will tackle pollution inputs, reduce sediment inputs to the beck, increase in-stream habitat diversity, allow more light to reach the river bed, and will manage the riverside woodland to enhance its suitability for a wider variety of species.  To achieve this, tasks will include clearing and repairing the footpath; stabilising the eroding bank with natural materials; coppicing bankside woodland to allow more light to reach the stream and increase diversity of woodland habitat; pulling Himalayan balsam; and fencing off the beck and footpath from the farmland.  Other planned work includes training for landowners on the benefits of coppicing by Cumbria Woodlands.

As much work as possible will be carried out by volunteers, and activities will give them the opportunity to learn about the stream and the threats it faces.  Volunteers from Bassenthwaite Rotary Club will be trained as Riverfly monitors, taking monthly surveys of invertebrates as indicators of water quality and siltation.  Local volunteers will continue to walk the beck to monitor Himalyan balsam and overgrowth, and will continue to control if necessary.

Work will also be carried out to maintain the footpath alongside Dash Beck down to a quiet area of Bassenthwaite lake shore, where it joins a network of other footpaths, including the long distance ‘Allerdale ramble’ trail.  The project will reduce the risk of bank erosion, making the footpath safer and improving access to the lake.

Dash Beck lies in the northern fells of the English Lake District, descending rapidly from its source on the north facing slopes of the Skiddaw massif over a series of cascades known as Whitewater Dash or Dash Falls, described by Wainwright as the finest succession of falls in the Lake District.  The lower reaches of Dash Beck, which is where the work will be carried out, continue through a small valley of the same name, through the village of Bassenthwaite before flowing into Bassenthwaite Lake at its north-eastern corner.